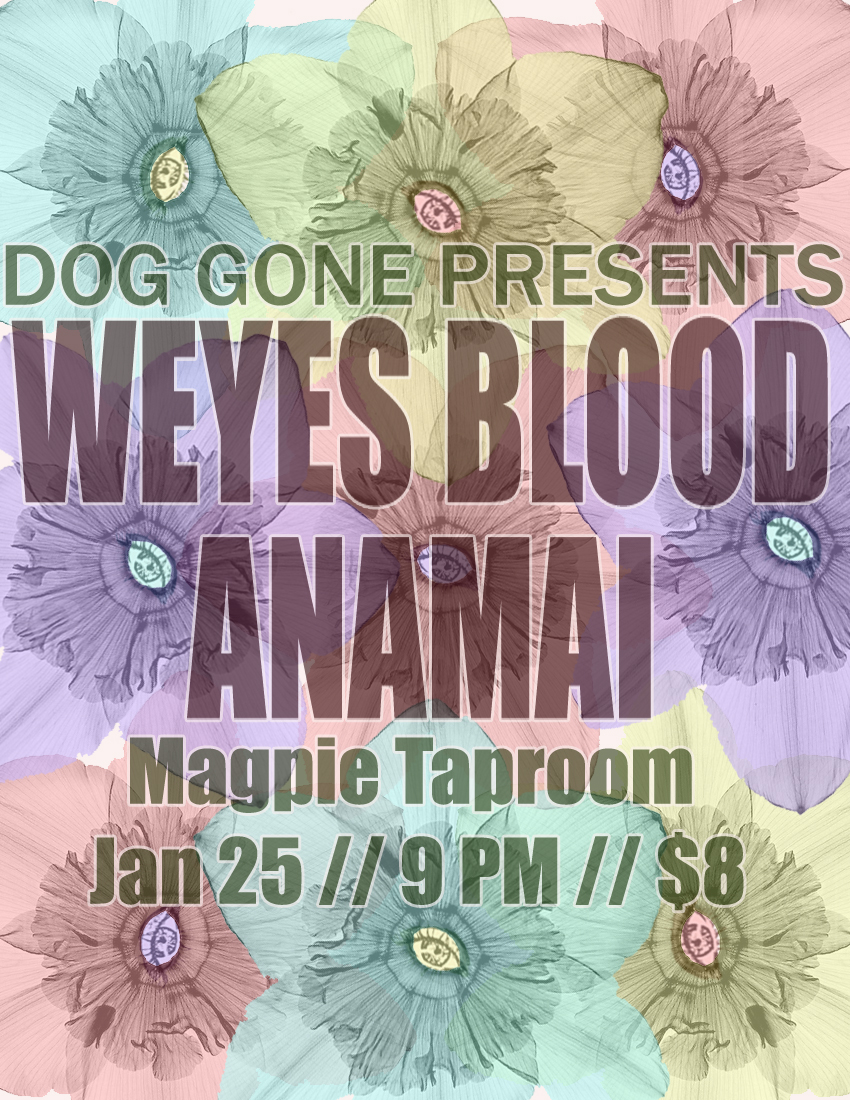 On Saturday, January 25, Dog Gone Presents a night of ghostly folk featuring Weyes Blood and ANAMAI at Toronto’s Magpie Taproom. Having already performed one of our Brooklyn shows, we’re psyched to bring Weyes Blood north of the border for her debut appearance in Canada. The show will feature Toronto’s own ANAMAI (the solo project of Anna Mayberry from HSY), who’s debut cassette we’ve been obsessing over of late.

Come take part in a night of creep folk while enjoying a crafty brew or two. Tickets available at the door. Inquire about group rates and travel packages within.

Weyes Blood is the mysterious ghost folk project of Natalie Mering, (former member of Jackie-O Motherfucker, Axolotl). Weaving sound textures with delicate folk songs, Weyes Blood is truly bridge music, combining the sonic influences of tape experimentation with the ancient art of song. Her voice is singular and timeless, unadorned yet soulful and penetrating. She has provided her pipes on Ariel Pink’s new record Mature Themes, singing back up on the song Early Birds of Babylon. She also accompanied the haunted graffiti live on an east coast tour in Sept 2012. Aside from small run releases such as the self-released “Strange Chalices of Seeing” (2007), and a 7″ entitled Liquor Castle (Smoker’s Gifts, UK, 2008) Weyes Blood released her first full length in March 2011 on the Not Not Fun label entitled The Outside Room.

Anna Mayberry—of Toronto sludge-punk band HSY—released a solo, three track cassette under the name ANAMAI in late 2013. Stepping out from the murk of her other project, this new avenue finds Mayberry softly crooning over ghostly, psychedelic atmospheres–ones that would find themselves right at home alongside those of MV & EE and their extended family of bands. 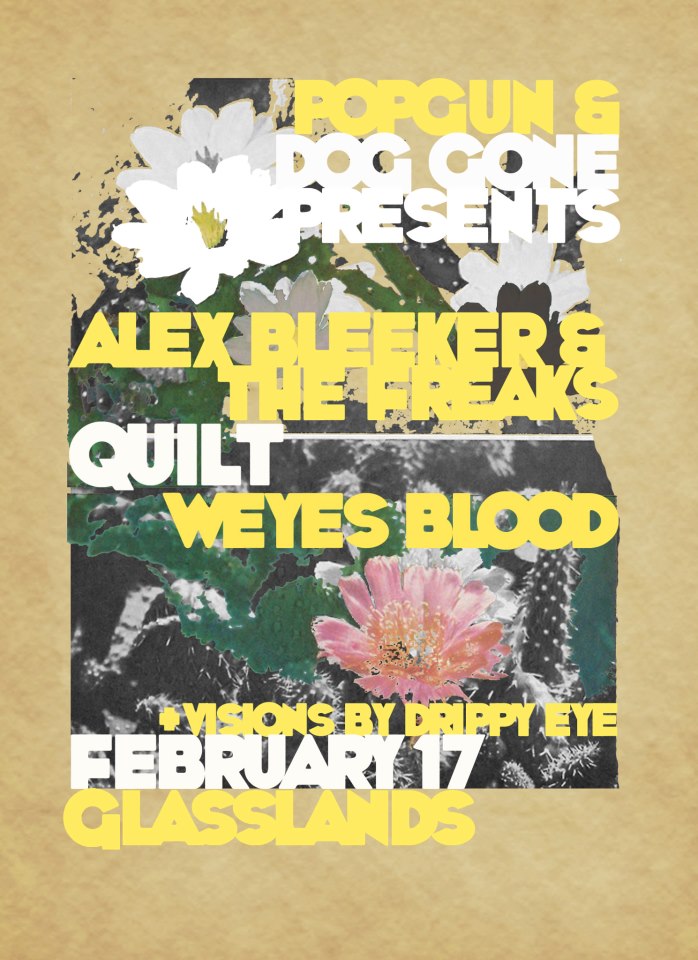 The next DGB event is a very special one. Alex Bleeker & the Freaks, Quilt and Weyes Blood will come together on February 17 for a show at Glasslands Gallery in Williamsburg, Brooklyn. Drippy Eye Projections will be providing visuals and I’ll be providing some tunes before and after each set. Come dance and partake in a night of jam-filled fun. RSVP here.