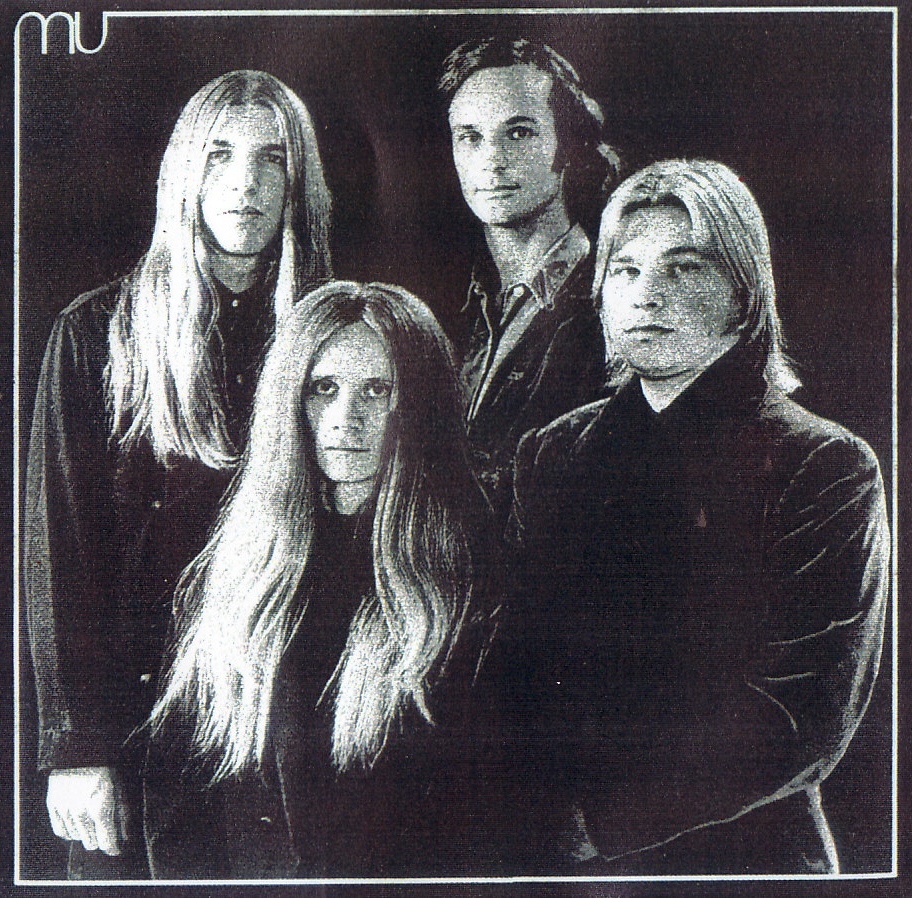 Few bands possess a cosmic alignment as strong as that of MU, the early ’70s band led by West Coast psychedelic visionary Merrel Fankhauser and Captain Beefheart guitarist Jeff Cotton. Following the relative lack of commercial success with his ’60s projects, the cult-favorite Fapardokly and HMS Bounty, Fankhauser joined with Cotton and a series of players from the Mojave Desert scene and went on to form MU. Taking their name from cloud formations and mythology relating to the lost continent of Lemuria, the group remained true to the psychedelic experience by embarking upon extended “LSD meditations” to compose their songs.

After the release of their debut album in ’71, the members of MU continued to follow their spiritual callings and wound up moving to the Hawaiian island of Maui to explore UFO and extraterrestrial connections. They later purchased a banana and papaya plantation to finance their life on the island, where they continued to write songs and perform at local gigs for years after. When the group finally drifted apart, Fankhauser moved to the jungle where he lived for almost 14 years.

Merrell Fankhauser is performing at the The Hilton Garden Inn Ballroom in Palmdale California on July 17. What a long strange trip it has been, indeed.

Listen to one of the songs composed during MU’s “LSD Mediations” below.

One of the more inspiring figures you’ll come across these days is Guy Blakeslee, guitarist and vocalist for West Coast psych juggernauts The Entrance Band. While known for his onstage energy, offstage Guy is a deeply spiritual individual who radiates with genuine kindness. Having recently released a collection of solo recordings paired with a series of custom handmade collages, Guy spoke at length with us about his music outside of Entrance Band, collage art, meditation and his newly discovered love for the sober side of life. He also tells us that The Entrance Band will release their new album, Face the Sun, later this year.

Tell us about this new collage/music package you’ve just put out. What is contained within it and what was the creation process like?

I have been exploring my archives of unreleased and home recorded music for the past year, in addition to recording new music.. Having recently learned how to use the computer to do editing and mixing, I started digitizing all of my old four track cassette recordings from the past 10+ years. I have also been making a lot of collage art in the past year, in a more focused way than in the past. SO I decided to create a special mail-order package  where each person receives a small handmade collage that is the one-of-a-kind original version, and a handmade CD of the music along with a high-quality instant download.

There is one album that features 13 songs from the “Entrance” project dating from 2002-2006, before the official formation of The Entrance Band, and there is another that is a 5 song compilation of  home recordings I have done in the past few years,  4 of the 5 were done on the cassette four track and edited in the computer, and one was recorded on my Iphone! With both albums, the emphasis is much more on the spirit and the energy of a moment in time captured and frozen for transmission, than on the fidelity or perfection-ism that usually crops up in a more “official” recording.

Some of the collages are already made and then chosen for a particular person, and some of them are made specifically to fill the order. With each collage I try to read a little bit of the person’s energy at a distance and give them something that they will connect with and cherish.  The impetus for this project was partially to earn some money, and to do so in a way that is an extension of what I am already doing. That is,  rather than get a minimum wage job, I found that I could apply some discipline to the things I was already making and increase the time I spend making art and experimenting with my home recordings…  It’s a very interesting life that I have been living all these years as a self-employed musician and I am just now learning to have a little more focus when it comes to treating this work like my full-time job and being creative with my time and energy.. It’s certainly a gift to be able to pursue my creative dreams as a way of surviving in the world, however uncertain things may seem at times,, it has always paid to remain in trust and faith that everything is as it is meant to be and keep working harder at what I love to do , going deeper into the possibilities even when I feel discouraged.

END_OF_DOCUMENT_TOKEN_TO_BE_REPLACED

Los Angeles-based psych band The Allah Las have released a video for the song “Tell Me (What’s On Your Mind).” The track comes off a new 45″ backed by the instrumental, “Sacred Sands.” You can pick up a copy now via Innovative Leisure.

Check out the new Jeffertitti’s Nile video for “Midnight Siren.” The band is also currently preparing to embark on a West Coast tour, the dates of which can be seen below. Don’t miss their live show!

Also check out this live footage from a recent Moon Block Party.

Pancho-san is a new group formed by members of Bay Area bands Beulah and Rogue Wave. The group recently released this new video for the song “Kick The Fences Down,” which is featured on their debut album available for download via Bandcamp. Count these guys among the growing legion of talented contemporary psychedelic acts coming from the West Coast. [via The Bearded Rainbow]