Just last week, the fine folks at Chicago’s Trouble in Mind Records released unto the world a new 7″ by Swiss duo Klaus Johann Grobe. Harkening back to the days of the primordial krautrock era and the early days of post-punk, the duo fahr’ns through synth-heavy motorik grooves and German half-spoken word ala Neu! and Kraftwerk while plunging into dark drones and Suicide-like waters.

While we patiently await the duo’s debut full-length, Trouble in Mind has tide us over with this two song banger that will surely delight fans of neu-psych like Tame Impala. Their full length, Im Sinne der Zeit comes out April 28th.

Pick up the 7″ from Trouble in Mind.

Early last year, California native Morgan Delt self-released a very limited 6-song cassette titled Psychic Death Hole, which offered up the first taste of his unique home-recorded psych experiments. Today, Trouble in Mind releases his his debut self-titled album, building those initial experiments into a psychedelic masterpiece that traverses nearly every corner of the genre’s 40 year history. Essential references like The Byrds, Love and the West Coast Pop Art Experimental Band arise frequently throughout, but Delt goes beyond, employing distant eastern melodies, tribal hand percussion and Faust inspired kraut journeys, all of which mesh together in an interweaving web of distorted, fuck-up sound. It’s as though Delt has studied the inners of psychedelia since its very beginnings, learned the formulas and techniques to recreate its best moments, and then ran them all through a half broken cassette player. The album as a whole is warped—at times it can even sound like you’re hearing a band like White Fence coming through the particle board walls of the bathroom at a DIY venue, while others recall the likes of R. Stevie Moore’s lo fi recordings. Throughout the entire album, Delt’s music ebbs and it flows in an acid-drenched river of psychedelia–unstuck in time, unfettered by rule, organically and vibrantly alive. 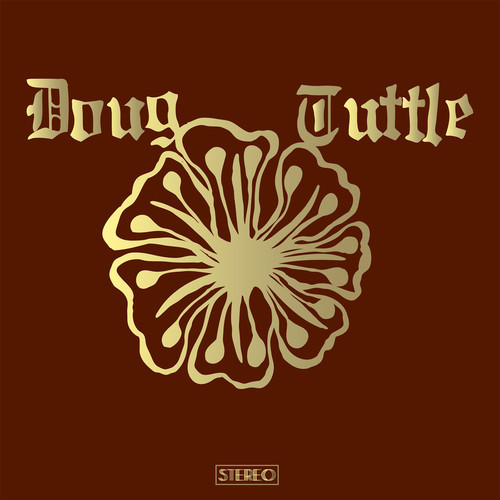 Following the dissolution of his former band MMOSS, coupled with the ending of a long relationship, guitarist/vocalist Doug Tuttle relocated to Somerville, MA and began work on what would become his debut solo album.   That album comes out early next year on Trouble and Mind, but you can hear the first sounds from it in the form of a six-minute jammer, titled “Turn This Love,” below.

Doug Tuttle comes out January 28 through Trouble in Mind Records.

Dutch psych-pop artist Jacco Gardner is releasing a new 7″, featuring a pair of new songs, on September 24 via Trouble in Mind. You can hear one of the tracks, “The End of August,” below. Additionally, will be co-presenting Mr. Gardner when he comes through Toronto with Baltimore’s Other Colors and The Taste on October 22 so keep an eye out for ticket contests in the coming weeks.

Pre-order a copy of 7″ from the good people at Trouble in Mind.

Montibus Communitas hail from the Peruvian city of Lima, situated in the valleys between the Chillón, Rímac and Lurín rivers. Translated in English as ‘Mountain Community,’ the group largely exists as a spiritual collective, creating devotional music to their natural surroundings since 2010. They recently released a collection of four extended instrumental journeys, titled ‘Hacia aquellos bosques de inmensidad’, tracked live in the studio and written as they were interpreted. You can hear the first piece, “Hanan Pacha,” below.

Purchase the LP via Trouble in Mind.

Several months back, a few of us were standing in the back room of Brooklyn’s Death By Audio waiting for rising psych-pop prodigy Jacco Gardner to take the stage. As we drank lukewarm Modelos, Trouble in Mind Records’ Bill Roe was passionately rapping about this new album his label was putting out. It was made in a day, or maybe two, he said. By one guy, who played all the instruments (aside from the harp)…including brass, woodwinds. He wasn’t even sure if the guy could play all of these instruments prior to making the album. But they all sounded expertly played.

What Bill was so passionately sharing with us that evening were the early reports of bedroom pop genius Frank Maston’s debut LP, Shadows. Taking queues from studio autéurs like Brian Wilson, Van Dyke Parks, Harry Nilsson and the lot, Maston instantly transports us to the sunny days of ’60s California with this masterfully crafted album. It’s abundantly clear why Bill was so excited on that cold winter night all those months ago.

Aside from the album, film director David Eden Bowers has created a video to go along with the album track “Flutter,” and it just might be one of my favorite music videos of all time. Watch it below and purchase Shadows from Trouble In Mind.

In his book The Poetics of Rock, Albin Zaks explains that recording “includes many skills and sensibilities not traditionally associated with musical composition.” Zaks was one of few, aside from perhaps Les Paul, who foresaw the future of recording and the ways in which it would not only change music, but alter the ways in which musicians were able to create it. Today, we are seeing an increasing number of musicians who rarely enter a traditional studio, but can create an entire record all on their own with only a few microphones and an 8 track. It eliminates the need for a band, and it allows the genius of one musician to come alive without any outside help. Take Tame Impala’s Kevin Parker or Matt Mondanile’s early Ducktails recordings, or perhaps the latest example in Dutchman Jacco Gardner. Mining a well of 60s influences and studio masters like Syd Barrett, The Zombies, Curt Boettcher, Gardner’s debut LP for Trouble in Mind, Cabinet of Curiosities, traverses a similarly psychy-pop trail and was recorded entire by Gardner in his “Shadow Shoppe” home studio in Zwaag, Netherlands. But, like Parker, Gardner also sought help from a seasoned veteran to during the mixing and mastering process, famed studio engineer Jan Audier who worked on albums by Q65 and Golden Earring (in Parker’s case it was Dave Friedman of Flaming Lips fame). Hear Gardner’s lush arrangements and studio wizardry in the standout album track, “Where Will You Go,” below. 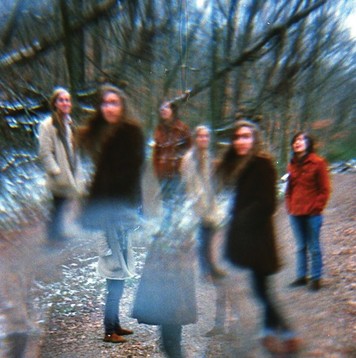 A few months back, my good pal Mike Newman from Beyond Beyond is Beyond hipped me on to this great band called The Paperhead. Upon first hearing it, you’ll likely think its some lost treasure from the 60’s psychedelic-era. But, in fact, it was recorded by a group of 18 year olds from Nashville in the summer of 2010. Below, you can stream or download “Back to those Days” off the band’s self-titled release on Trouble in Mind records. The song is but a mere glimpse of these promising young musicians, but it will give you an idea of their sound. If you dig the droning garage-y, psych-rock sound then you’ll likely enjoy this. You can check out my full review of the LP in the June issue ofRelix Magazine.

Mp3: The Paperhead – Back to those Days

The Paperhead will hit the road this summer for an extended tour across the country. Read on for a full list of dates.