As fall looms just around the corner, we’re graced with a new offering from guitar virtuoso Steve Gunn that serves as a most fitting soundtrack for the change in season. After stepping out into the open with last year’s Time Off, Gunn took little time establishing himself as the premiere artist in the John Fahey inspired, post-Jack Rose realm of fingerpicked, raga-meets-American folk (something many of us already knew). With Way Out Weather, he takes an even grander step forward both in terms of arrangement and improvisation, as well as the roster of musicians he has aboard. The result is a more expansive, lush, full-band sound that, quite often, resembles the noodley ambling of the Grateful Dead as guitar lines and various stringed instruments weave through one another in an intertwining web of cosmic folk. Check out the video for the title track below.

Way Out Weather comes out October 7th on Paradise of Bachelors.

Also, for those who missed it, be sure to check out Steve Gunn’s collaborative album with British folk artist Mike Cooper, Cantos de Lisboa.

The weathers have warmed and the season’s first bloom is upon us once again. Put away the heavy coats and skis, dust off the gardening tools, throw on these spring-themed tunes and have yourself a hit of fresh air.

END_OF_DOCUMENT_TOKEN_TO_BE_REPLACED 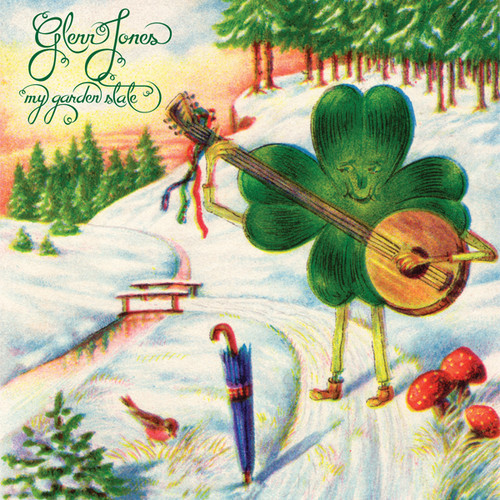 Boston musician Glenn Jones is a longtime student of the so-called American Primitive school of acoustic steel guitarists, one that includes artists such as John Fahey, Robbie Basho and so on. Playing guitar since the age of 14, Jones formed his first psych-rock band, Cul de Sac, in 1989 and went on to perform with the group for 20 years with artists including Can’s Damo Suzuki and Fahey himself. In 2004, he released his first album of acoustic guitar instrumentals, titled This Is the Wind That Blows It Out, and established himself as a solo artist on tour alongside the late Jack Rose. Following two more solo releases of mostly acoustic material, Jones will release his third album in that vein, My Garden State, on Thrill Jockey next month. Written in the New Jersey home where Jones’ family moved in 1966, while he was caring for his mother who suffers from Alzheimer’s, the gentle finger-picked songs carry the emotional weight of this time through a collection of reflective instrumental stories.